Shower drain line with many curves?

I want to replace a tub with a shower, and the location where I'd like to put the drain has a 2" drain pipe (for the clothes washing machine) that runs very close to where I want to put the drain. So I would like to essentially have the shower drain P-trap come down so close it could almost touch the washer drain line, then just after the P-trap I would need to make essentially a 180-degree curve to turn the line around and go back to the washer drain line where I would have to tie in with a wye curve. This is in a floor joist space, so I have limited room without cutting through more joists (which I would like to avoid if possible) 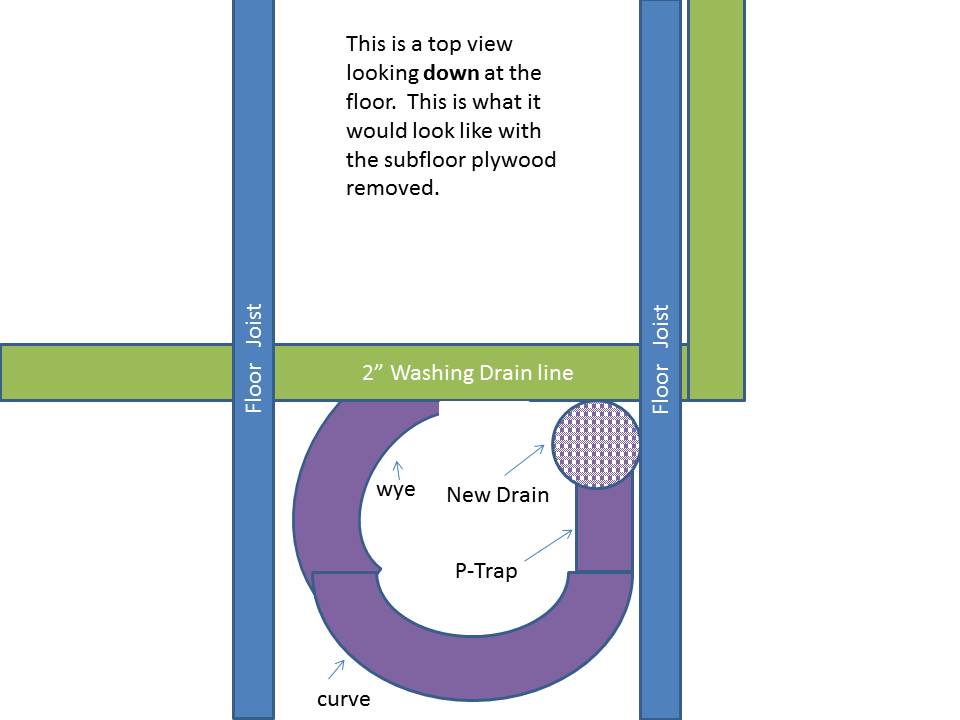 In this rough drawing (a top view looking down) the green is the existing 2" drain pipe for the washer that I want to connect the new shower drain into, and the purple is the rough pipe location for the new shower drain I am asking about. The blue parts are floor joists. It isn't to scale–the curvy part would likely use all of the available space between the joists, but I hope it gets the point across–it would immediately curve after the p-trap.

Am I allowed (code) to have so many immediate curves in the horizontal portion of the shower drain? Once the line comes back up from the P-trap, the nearly-horizontal line will essentially make a 225 degree curve (180 degree plus 45 degree wye) to get to into the washer drain line pipe. Thanks.

Are you looking for the answer?
Original Question and Possible Answers can be found on `http://diy.stackexchange.com`
Question Tags: drain, plumbing, plumbing-fixture