Is it safe and feasible to use a transformer that is not in “good shape”?

Garmaine Staff asked 2 years ago
This question was migrated from Home Improvement Stack Exchange because it can be answered on Electrical Engineering Stack Exchange. Migrated 16 days ago.

First of all, I want to notice that I also posted this same question to the electronics stackexchange site, since I'm not sure if it belongs to here or there.

I want to make my own DIY spot welder, so I'm trying the instructions I found on several places (for instance, here, here or here) about using an old microwave transformer. I salvaged it from a broken machine and the recipe says to replace the secondary winding by two or three turns of a heavy, thick insulated cable (I got a 16mm2 one).

The problem is that removing the original winding wasn't exactly a walk in the park; after cutting it with a radial jigsaw I had to smash it hard with a chisel until it finally came off. This produced noticeable physical damage to the transformer itself, namely in the core sheets: some of the insulating varnish came off, some of the first sheets got a bit deformed and separated from the rest and finally and what looks more severe, these "separations" also happened in two or three places in the laminated core, opening it in three different blocks that I managed to more or less put back to their original position by, again, heavily smashing them together. Currently there is minimal space between those cracks, I would say less than a mm, but you can still put your nail between the layers by applying some force and, of course, the insulation there (in case it was any, something I'm not sure about) is gone.

I know little about the physics and theory behind transformers, and I'm wondering if I can still attempt to use the damaged transformer and/or if it is a bad idea/hazardous/simply won't work. As far as I understand, the purpose is to get a low voltage but a high current, capable of melting steel, so I don't think "precission" is a concern, but I read about why the core is laminated and, as far as I know, there is a risk that it will overheat due to eddy currents, although I don't know if those couple of cracks and deformations will be THAT significant. Also, I found at least one source (sorry, forgot to bookmark) where they state to be very careful with the core sheets and not to bend or even slightly separate them in any way.

What's your recommendation? One friend, who studied technical secondary school to become an electrician, simple said me to "try it and see what happens", but I don't want to burn my house, destroy all the household appliance or even fry myself.

I'm attaching some pictures of how does the transformer currently look; I hope they are useful for making a judgement… 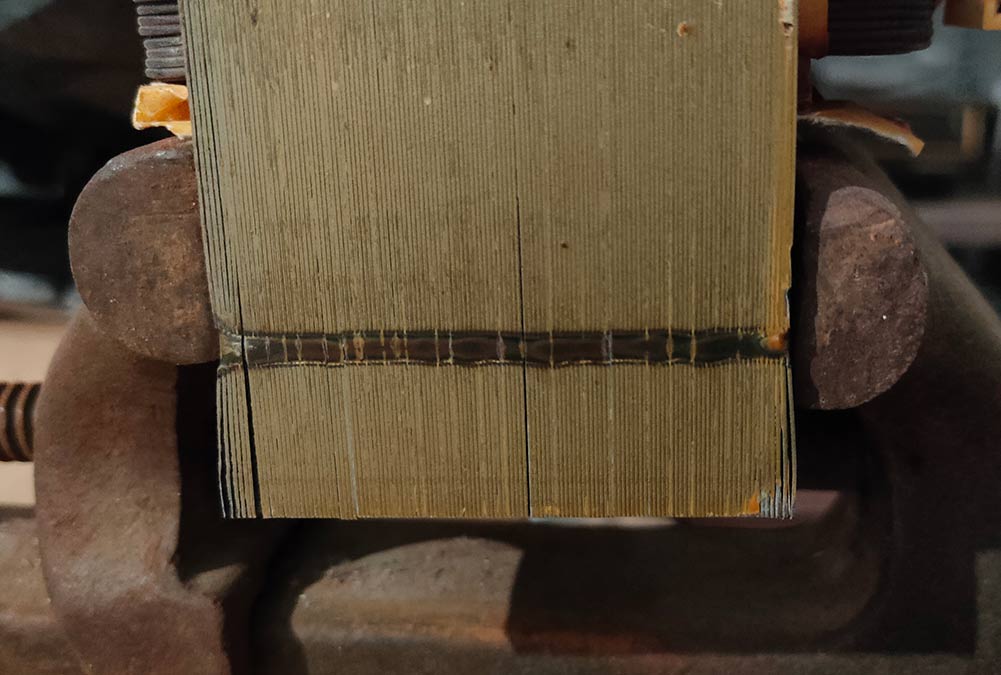 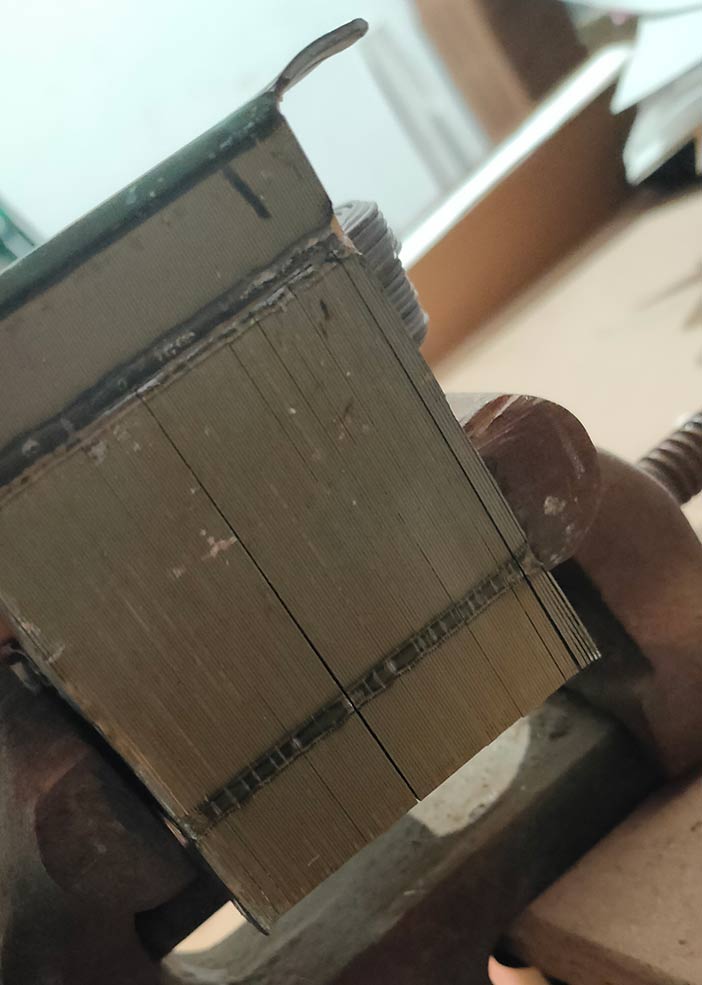 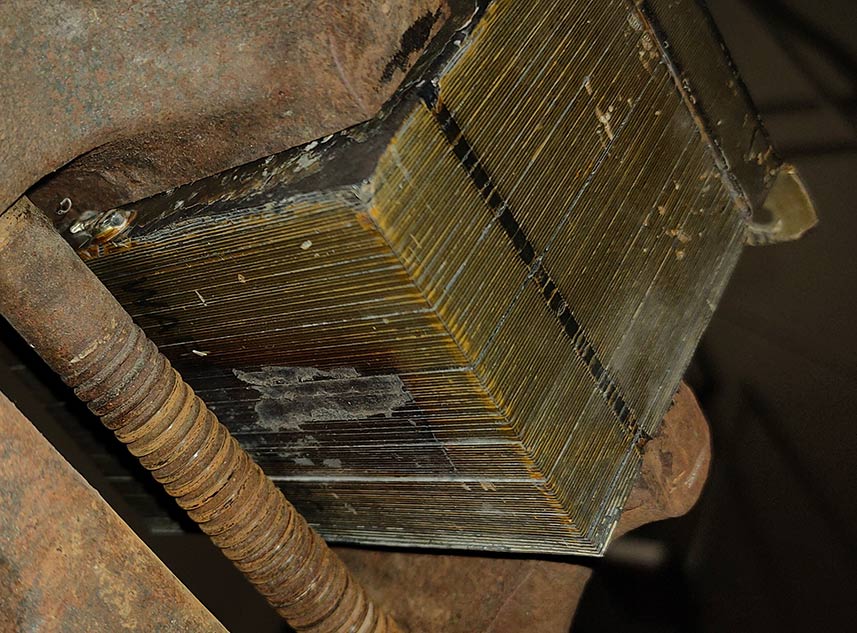 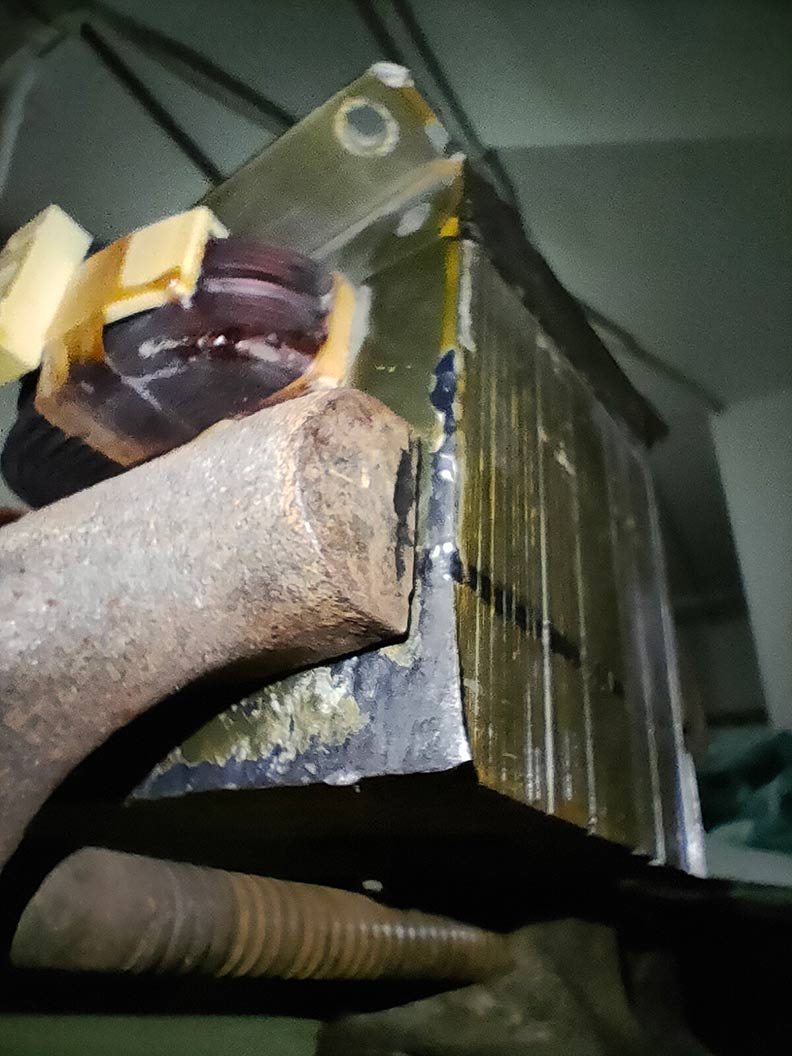 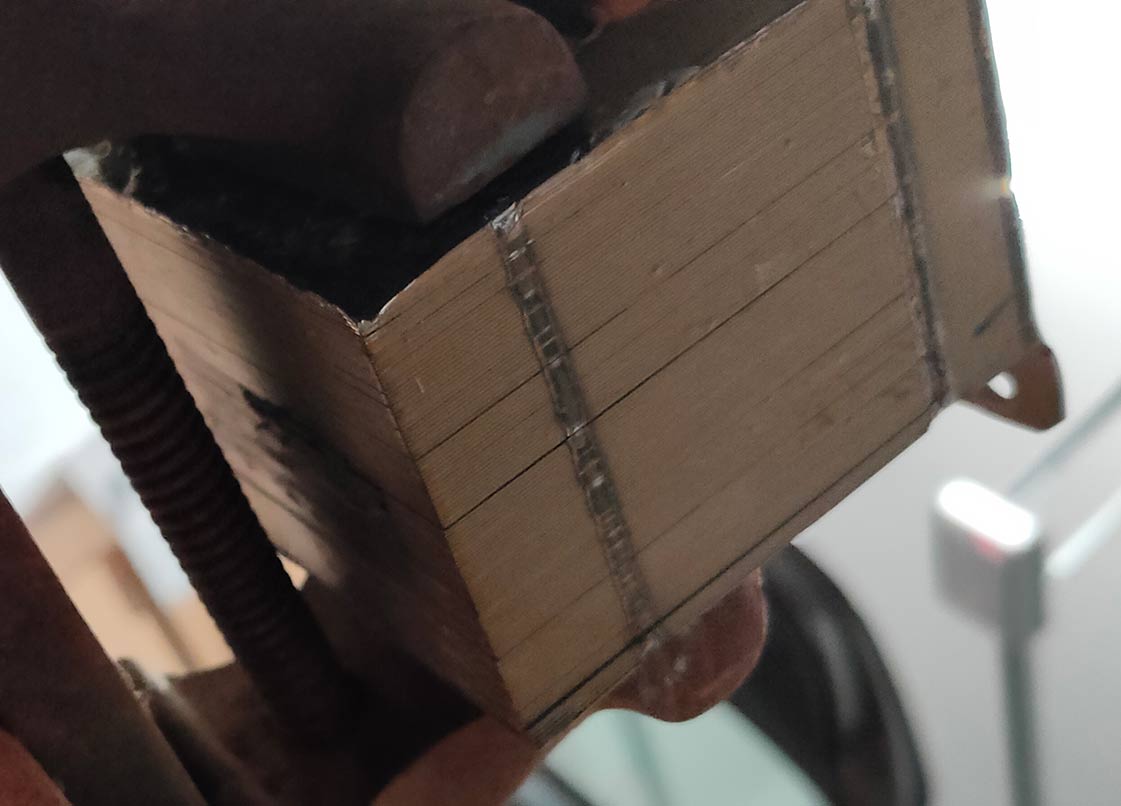 Thanks a lot for helping!

Are you looking for the answer?
Original Question and Possible Answers can be found on `http://diy.stackexchange.com`
Question Tags: electrical, transformer